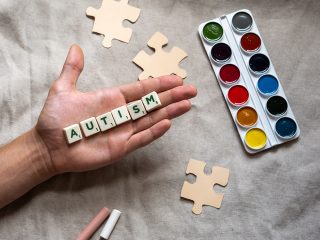 Autism is a developmental disorder that affects an individual’s ability to interact, socialize, communicate, and act. Earlier, Autism was considered a mental or behavioural disorder, but today there is a lot of evidence to support that it is primarily a “Neurodevelopmental Disorder”. Studies have shown that early diagnosis and treatment of autism are likely to have long-term positive effects on symptoms and subsequent skills5. Autism spectrum disorders (ASD) may be diagnosed in children before the age of two. Autism is called “Autism Spectrum Disorder” (ASD) because of its characteristic variety of symptoms. The types and severity of symptoms experienced by different people vary on a broader scale. Autism is called a spectrum disorder because of its wide range of characteristics, including problems with a person’s social skills, repetitive behaviour, language, and nonverbal communication. Some children with ASD who appear to be typical of development up to this point begin to develop onset near the age of two or sometime around the age of two. Early intervention is at or before preschool age, as early as 2 or 3 years old. During this time, the infant’s brain is still forming. This means that it is more “flexible” or more variable than it is when you get older. Due to this plasticity, treatment is likely to be effective in the long term. Early intervention not only gives children the best possible start but also gives them the best chance to reach their full potential. The sooner your child gets help, the more likely they are to learn and progress. In fact, recent guidelines suggest that as soon as ASD is diagnosed or seriously suspected, an integrated developmental and behavioural intervention should be initiated. Due to early intervention, some children with autism may progress beyond the expectation. Early intervention programs help children acquire the basic skills they normally learn in the first two to three years of their lives.

At Cynosure Rehab Solutions Autism is treated with a multi-disciplinary approach. Therapists help in the treatment by providing guidance and support to the patient and family. An end to end customised treatment . To know more get in touch with our expert team members.